COVID-19 UPDATE: IN ACCORDANCE WITH GOVERNMENT GUIDELINES WE ARE FULLY OPEN FOR BUSINESS, WITH THE EXCEPTION OF SATURDAY MORNINGS. HYGIENE & DISTANCING MEASURES ARE TO BE ADHERED TO, INCLUDING THE USE OF A FACE MASK.

Trees are some of the most diverse living things on our planet.

Different climates and areas of the world give rise to wildly different types of tree, all producing timber with varying technical and physical characteristics.

Luxurious hardwood timbers from the continent of Africa are particularly sought after for their striking, unique aesthetic and excellent properties.

Let’s explore some of these attractive, exotic woods - why they’re so good, examples of exotic species, as well as some of their typical uses.

An introduction to exotic African hardwoods

The African continent is home to some of the most fascinating, beautiful trees, each producing timber with a number of interesting, unfamiliar and sought-after properties.

Many of us will be familiar with those commonly-used, traditional timbers that are native to Europe and America. By this, we mean those such as Western Red Cedar, European Oak and American Hard Maple; all excellent, dynamic woods that perform fantastically for a range of purposes — but sometimes a project demands something rather different or eye-catching.

That’s where tropical, exotic hardwood can come in — by this, we mean timber harvested from trees grown in wildly different climates to our own, such as Africa and its equator region.

Why choose exotic timber for your next project?

The popularity of exotic, tropical hardwoods can be explained by looking at the physical and technical properties these types of wood have.

Many African hardwoods exhibit a striking, alluring and often unusual aesthetic, suiting them perfectly to architecturally-led design projects where an extra bit of ‘oomph’ factor is desired.

This can range from a stripy, zerba-like appearance (as with Zebrano) to a strikingly dark brown colour with caramel streaks (Wenge), in addition to a number of gorgeous African hardwoods such as Iroko and Sapele.

These eye-catching timber species can make for an interesting conversation starter; the wood certainly conveys a luxurious, quirky appeal that many designers want to incorporate into their projects.

This has made exotic hardwoods a very trendy choice for architects and self-builders who are seeking to create something a bit special, perhaps for a flooring, decking or cladding feature or a piece of furniture.

They not only look the part, but African timbers typically have some of the finest technical properties of any wood. Various different types of African hardwood have their own properties suiting them to particular uses.

Did you know that Iroko trees, native to the west coast of tropical Africa, can live for up to 500 years? Many African trees grow at a very slow rate, resulting in the timber harvested from these being extremely strong, dense and scratch resistant.

This can lend African hardwoods well to projects where a durability is key — as mentioned, commonly cladding, flooring, furniture and decking.

Timber is a carbon-sequestering material - as part of their growth and harvest, trees absorb and store carbon from the atmosphere, thereby fighting against the greenhouse gas effect. By choosing wood from well-managed forests, the process of carbon capture will be ramped up.

Also, did you know that humans are ‘biophilic’ creatures? This means we have an attraction to natural surfaces such as wood; research shows that hardwood surfaces can lower your blood pressure and enhance our mood. Timber is certainly a material for our times!

There’s a reason why Zebrano is one of the most popular exotic hardwoods. In fact, there are several!

Also known as Zebrawood due to its dramatic, bold stripy appearance, Zebrano is one way to make a real statement. This beautiful, dark brown and cream wood is highly durable and naturally insect resistant, making it a strong contender for luxury projects as a veneer, or for furniture making.

Many other types of wood try to use the name Zebrawood, so unless you choose carefully and discerningly, you’ll only be getting a pale imitation. Authentic Zebrawood comes from the Microberlinia brazzavillensis tree, which grows tall and straight up to 50 metres; it’s distributed throughout west Africa.

Did you know that the wood was very popular for use as car dashboards around 30 years ago?

For a somewhat more understated, but no less classy or luxury touch, consider Wenge for your next project. Darker tropical woods certainly seem to be gaining a lot of traction in architectural circles.

As ever, this dynamic species combines sleek good looks with exceptional physical durability. This is a very hard, heavy and durable timber, making it perfect for flooring; it’s also naturally resistant to termite attack.

Authentic Wenge comes from the Millettia laurentii, a legume tree native to central and western Africa, specifically Zaire, Cameroon, Gabon and Equatorial Guinea. Such is the popularity and uniqueness of this species, ‘wenge’ is even used as a colour in its own right.

Another beautiful exotic choice, Sapele is cherished for its visual likeness to mahogany, and is often used as a substitute. In fact, it’s often referred to as ‘sapele mahogany’. This timber darkens with age, usually starting off as a pale yellow but eventually becoming an alluring reddish-brown.

The interlocking grain pattern can create a subtle, tropical appearance. With exceptional durability, strength and rot resistance, Sapele makes a fantastic choice for a number of interior and exterior projects.

The tree, Entandrophragma cylindricum, is distributed widely across the African continent. It originated in the west African rainforests of the Ivory Coast, but can now be found as east as Tanzania. Sapele timber actually gets its name from the Nigerian city of Sapele, where there is an abundance of the tree.

Testament to this wood’s versatility, beauty and strength is its colloquial nickname as the ‘African teak’. As an extraordinarily durable hardwood that’s resistant to insect attack, Iroko doesn’t need regular oiling or treatment.

Suitable for decking, flooring and other furniture, Iroko represents an aspirational hardwood choice with its timeless golden-yellowish-to-brown hues. Once machined and finished, the timber’s beauty leaves no-one wondering as to why this is called the ‘Rolls-Royce of decking’.

Iroko comes from the Milicia excelsa, a very slow-growing tree that can live for centuries. It’s distributed widely across central tropical Africa, from Mozambique in the east through to Guinea in the west.

Interestingly, the trees are considered sacred in many communities, often used to make ceremonial drums.

Another of the African redwoods, like Sapele, Utile is revered for its likeness to mahogany. Indeed, the species shares a number of aesthetic and technical similarities — reddish-brown with purple hues, and very good durability.

The species, with an alluring, interlocking grain that often characterises tropical hardwood timbers, offers the strength of mahogany with an exotic touch. Utile is also thought to have good natural insect and rot resistance.

Scientifically known as Entandrophragma utile, the tree is found commonly in west and central Africa, able to reach up to 60 metres in height.

Searching for something rather exotic?

All of the tropical hardwood species that we’ve mentioned in this blog post are for sale from Duffield Timber, in addition to many other gorgeous exotic timbers.

With a commitment to excellence and sustainability, we’ve got over 60 years’ experience in importing and manufacturing timber and timber-related products. If you’re looking for something special with a little pizzazz for your next project, we’re your people.

Get in touch with our friendly team to discuss your exotic timber requirements.

Ready to start your project? 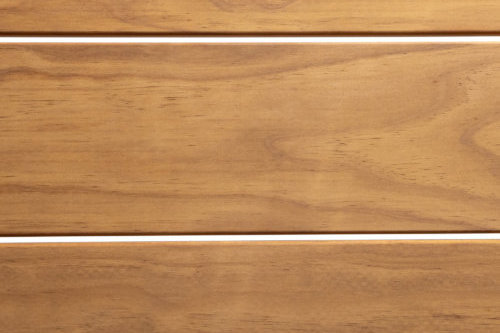 LIGNIA® Timber: All About This Sustainable, Modified Wood

LIGNIA® is a new wood on the block — but it’s already making a big impact with its environmental credentials, beauty, durability and suitability for a wide range of timber projects. 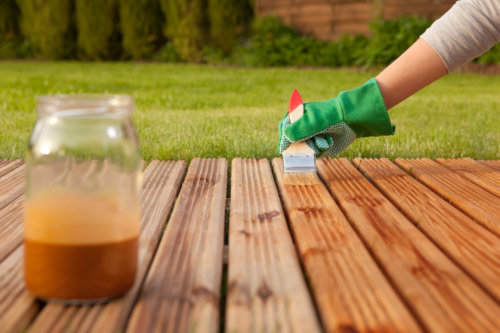 Western Red Cedar: The Best Finishes, Treatments and Stains & How to Maintain It

Cedar is a gorgeous, dynamic and ever-popular choice for cladding, fencing and decking projects. Here’s all you need to know about treatment, finishing and maintenance for this sought-after timber. 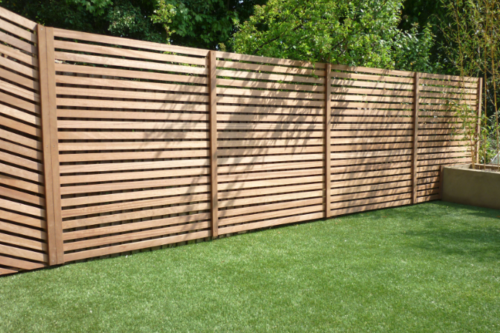 Got a fencing project in mind? Explore our handy fencing guide to learn more about the best types of wood for the job, the hottest trends, styles, estimated project costs and more tips for a tip-top fence!

Enquire about Your Guide to Exotic African Hardwoods: Types, Species, Uses and Benefits